When Abi Roach opened her first headshop and cannabis cafe in Kensington Market, stigma against cannabis use in Toronto was so strong that people were afraid to walk in the door.

But she persisted because she knew patients needed a safe place to toke up, and that she could help battle stigma by showing how cannabis users were normal, everyday people.

Two decades later the trailblazer is being honoured as a “cannabis hero” by Cannabis Amnesty to celebrate this year’s physically distanced 4/20. Roach was named alongside 14 other “cannabis heroes” who have left a lasting mark on the space.

Best known for her advocacy for the legalization and normalization of cannabis in Canada, #CannabisHero Abi Roach has been a icon within the Canadian cannabis community for over 20 years. As the founder of the @hotboxcafe and the Ontario Cannabis Consumer & Retail Alliance, 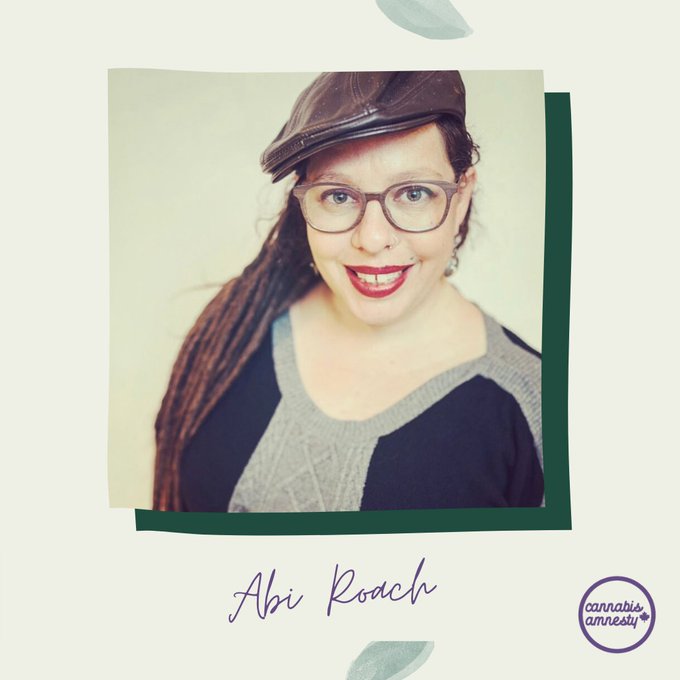 Cannabis Amnesty volunteer coordinator Reena Rampersad said it’s important to remember that the space was a realm, not an industry, back when the legwork pushing for legalization was taking place.

“It’s quite a milestone we’ve achieved. Legalization wasn’t just for the sake of industry, it was also about social justice and human rights concerns,” she said.

Cannabis Amnesty says it honoured Roach because she spent over 20 years fighting, not only for medical access to cannabis but for safe spaces for patients to medicate.

As for Roach herself, she says she always knew the government would legalize, even when she opened Toronto’s first cannabis consumption lounge HotBox Cafe in 2003. Back then, people were afraid to enter the store because they worried the police were filming them. During those days you had to every smoking accessory was for tobacco use and it was illegal to sell a book about cannabis, she told Mugglehead from her home in Toronto.

That’s how bad the stigma was, she said.

But Roach knew that if she brought cannabis out of the shadows and created a space where friends could get together over a joint, the same way you might meet up on a patio for drinks, then destigmatization would follow.

That’s a lesson she learned from the gay rights movement of the ’90s, she says. As a teenager she watched her gay friends go from being closeted and fearful of violence to openly gay and proud, and saw how the more people opened up about their sexuality the more it was normalized.

Places like the HotBox Cafe helped break down stigma around drug use because people could come in and see cannabis users were just like your neighbours, co-workers, aunts and friends. Regardless of what the law says, if you can show 75 per cent of people that something isn’t morally wrong, then policy will change, Roach said.

“Did I know 20 years before that this was going to happen? Yes, I did, because I knew that society was changing and I knew the war on drugs was coming to an end,” she said.

She can even pinpoint the day when she knew legalization would happen. On May 26, 2016, Toronto police executed project Claudia, a coordinated raid on all unregulated cannabis shops across the city, and Roach got a phone call from her conservative mother. She was confused why the police were harassing the nice people who owned the cannabis store in her neighbourhood, Roach said.

“That’s when I knew everything was going to change.”

Roach doesn’t own the HotBox Cafe anymore. In January, news broke that Roach sold HotBox Cafe to Friendly Stranger Holdings, Corp. and that she had accepted a job as senior product manager at the Ontario Cannabis Store.

After 20 years of having the same job and running the same business, Roach was tired and ready for a change. When an opportunity came up to transition to a different environment came up, she took it.

While in the process of selling HotBox Cafe, the Ontario government announced it was scrapping its cannabis retail lottery system, which she had been loudly critical of.

Roach felt a rush of relief when she heard the news, but said she didn’t want to run back to retail. It was up to Friendly Stranger to apply for a licence through the new system — and she could focus on her new life as a civil servant.

As you might expect, Roach isn’t deaf to the criticisms that she sold out when she took the government job. But shrugs them off just the same: How many people can say they worked the same job for 20 years and don’t want a change?

She was never anti-government, she says, but instead against policies that hurt people through prohibition.

And besides, as a civil servant she gets to tackle how to make cannabis more inclusive and focus on the bigger picture, Roach said. Now she feels like she’s getting her MBA in cannabis because of all the experienced, knowledgeable people she interacts with everyday, and for all of the research and reports she gets to work on.

She was surprised by how easy the transition was, she said. She’d never worked in an office before, and was relieved to find the OCS had a startup vibe where people were open to new ideas and everyone was given a lot of freedom.

For people wanting to enter the cannabis space, Roach’s advice is to forage ahead and go for what you want.

“This is my belief: create a path when there isn’t a road there for for you,” she said. “I am a disabled Jewish woman who’s made her way — alone, with no business partners and no support — for 20 years in an industry that was like the Wild West where anything can happen.”

The cannabis realm, and all of the people she worked with over the years, Roach says, has always been pushing for regulation because. It creates stability and safety in the industry, which is why she believes all drugs should be legalized and regulated.

The idea of regulating anything wrapped heavily in stigma as all drugs might seem far fetched, but all it takes is one person with a clear view of how they can fix the harms being done, Roach said. Like cannabis, all it took was having a vision and working tirelessly towards it, which is something a lot of entrepreneurs could relate to, she said.

Others honoured by Cannabis Amnesty were equally surprised and grateful for the nomination, coordinator Rampersad said. But not everyone honoured is still with us.

“We wanted to show that their advocacy has not gone in vain and that their mark is permanent,” Rampersad said.